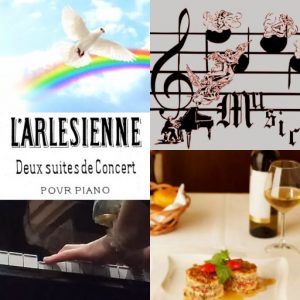 I routinely have my stock of about 50 music scores for BGM per 2 hours. At this time, I performed the classical music by the original piece for 45 minutes totally allocated.
The additional pieces of music for the BGM performance this week are listed as mentioned below.