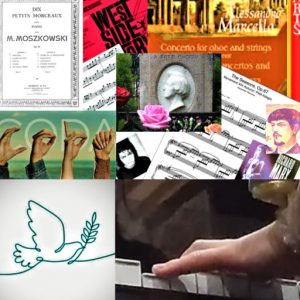 I pick up the music to evoke signs of autumn as well as the works of the musicians whose birthdays were in August.

– For BGM performance
(The only additional pieces) –