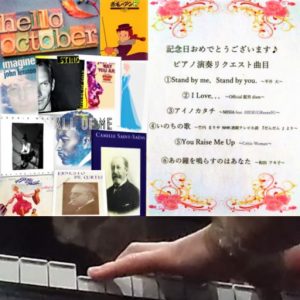 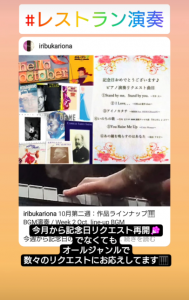 I routinely have my stock of about 50 music scores for BGM per 2 hours. Both the request and the additional pieces of music for the BGM performance this week are listed as mentioned below.

I send my performance in response to a customer, kid’ request. She showed dance performances to “Let It Go” and the music of JPOP for children. I was overjoyed by the music interactive with her and her family.